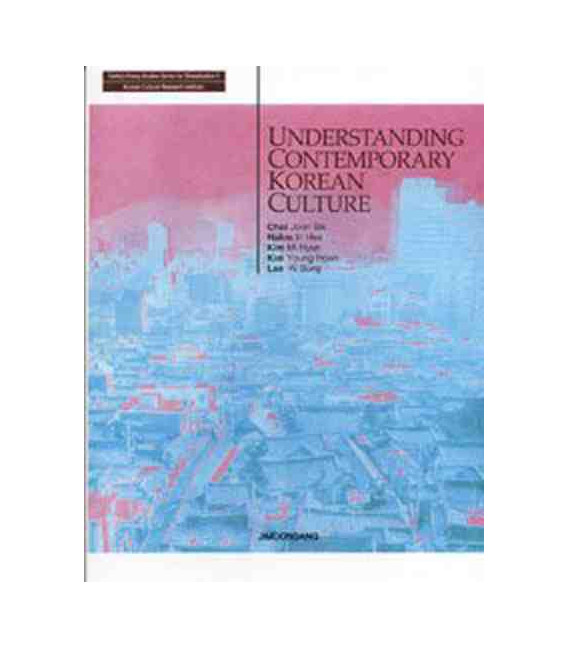 Ⅰ. Where We Stand

Ⅱ. The Current Situation of the Korean Family
1. The process of getting married
2. Typical gender roles in a marriage
3. Sexual relations before and after marriage
4. Divorce and remarriage
5. The status of kinship
6. Preparation for aging
7. Korean family values

Ⅲ. The Change of Family Life Cycle: From Institutional Family to Companionate Family

Ⅳ. The Status of Women: A "Subtle Revolution"
1. The age of subtle gender discrimination
2. Social institutions and the status of women

Ⅴ. Future of Women: The 21st Century Calls for Women!

Ⅱ. Popular Culture Before and After the Liberation of Korean War (1950s)
1. Freedom and Chaos
2. Popular music of the liberation, the War and the division
3. Popular culture that fed on "America"
4. Rules of anti-communism and popular culture
5. The 1950s seen through major movies

Ⅳ. The 5th and 6th Republic and Popular Culture (1980s-1990s)
1. Seoul Spring 1980 and Gwangju Democratization Movement
2. The 5th Republic policy on control over culture
3. Popular culture in the era of the Olympics and professional sports games
4. Teenagers as consumers
5. Campaign culture for the masses in the 1980s
6. The significance of the June Rebellion of 1987 in the history of popular culture
7. Korea in the 1980s revisited through major movies

Ⅴ. Popular Culture in the 1990s, The Democratization Era
1. The Civilian Government and opening of culture market
2. The emergence of the video generation and the new generation culture
3. Growth of Korean Cinema in the 1990s
4. The 1990s seen through major movies

Chapter 5 The Cultural History of Division: Over the Boundary toward Liberation…Kisung Lee

Ⅰ. Severance and Borders: The Background and Formation of Division
1. From liberation to division
2. War and the cultural history of division

Ⅱ. Tension and Search for Reconciliation: Cultural Policy of Division
1. Division and effort toward reunification
2. Culture of division