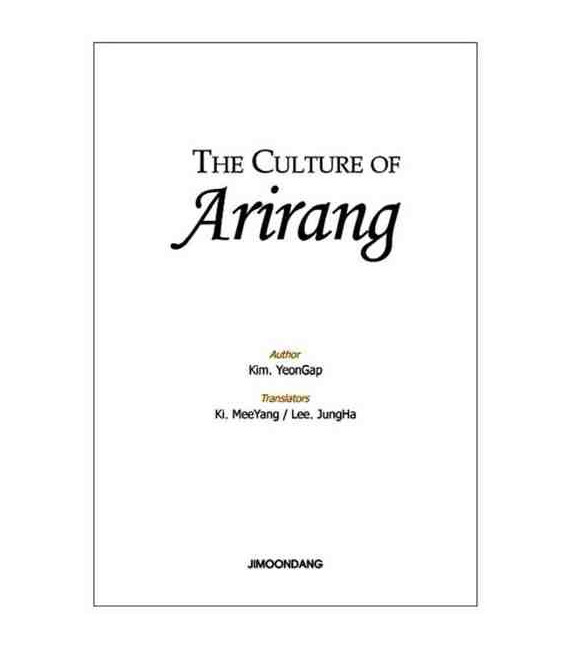 The Culture of Arirang

Some say that I consider Arirang as a religion, and others say that I worship it. But that is not true. It is only that I maintain passion towards my fundamental goal; that is, my Pathos des Grundziels. Thus, I am participating in what I enjoy as much I enjoy it. From the mid 1980's, I came to understand that 'Arirang is not simple', and from the mid 1990's, I tried to make that notion of 'not-simpleness' more substantial.

What I had earned from this process is faith that started as 'Arirang is not a folk song', which in turn became 'Arirang is not merely a song,' and finally that 'Arirang is an independent genre' and a culture that holds the three spirits of resistance, unity, and co-existence. And also it is shared by both Koreas of South and North, along with oversea Korean residents·····. My goal was to generalize this claim through objective data and logical analysis. Therefore, my studies were developed through various perspectives. Such an approach was inevitable as Arirang's frame was that much complicated, which required historical view points, along with that from folk study, evolution theory, and diffusion studies. This is because, without such viewpoints, the meaning of Arirang sung in North Korea and other historical scenes are unintelligible. Of course, I am not claiming that this viewpoint is necessarily adequate or that results from such an approach is the sole answer.

There is something I wish to obtain through this book. Rather than solve an issue concerning Arirang, I wish to contribute in raising meaning questions for the general public and foreigners. Especially, I'd like to provide questions to the UNESCO committee and North Korean researchers.

In the past, Arirang had been enclosed by being called on for certain purposes. For instance, South Korea had labeled it as 'traditional', and North Korea as 'national', which resulted in enclosing many of its features. In this situation, I analyzed and organized such enclosed things. In this view, I focused on generalizing the characteristics of Arirnag as a whole, rather than concentrating on specific regional arirangs. As a result, I focused on the cultural context of Bonjo Arirang.
The central feature of Bonjo Arirang, which is also known to foreigners, is its very simple article and melodical pattern. Such simplicity is its strongpoint since it allows the song to be easily learned and sung by whomever. This was the strategy of the director of the 1926 movie and the arranger of the theme song Kim Yeunghwan. Their intention was to facilitate communication with the audience as much as posibble. This fact needs to be re-evaluated within Arirang history. As a result, my basic view is to approach Arirang not as a folk song, but as social culture; thus Arirang culture.